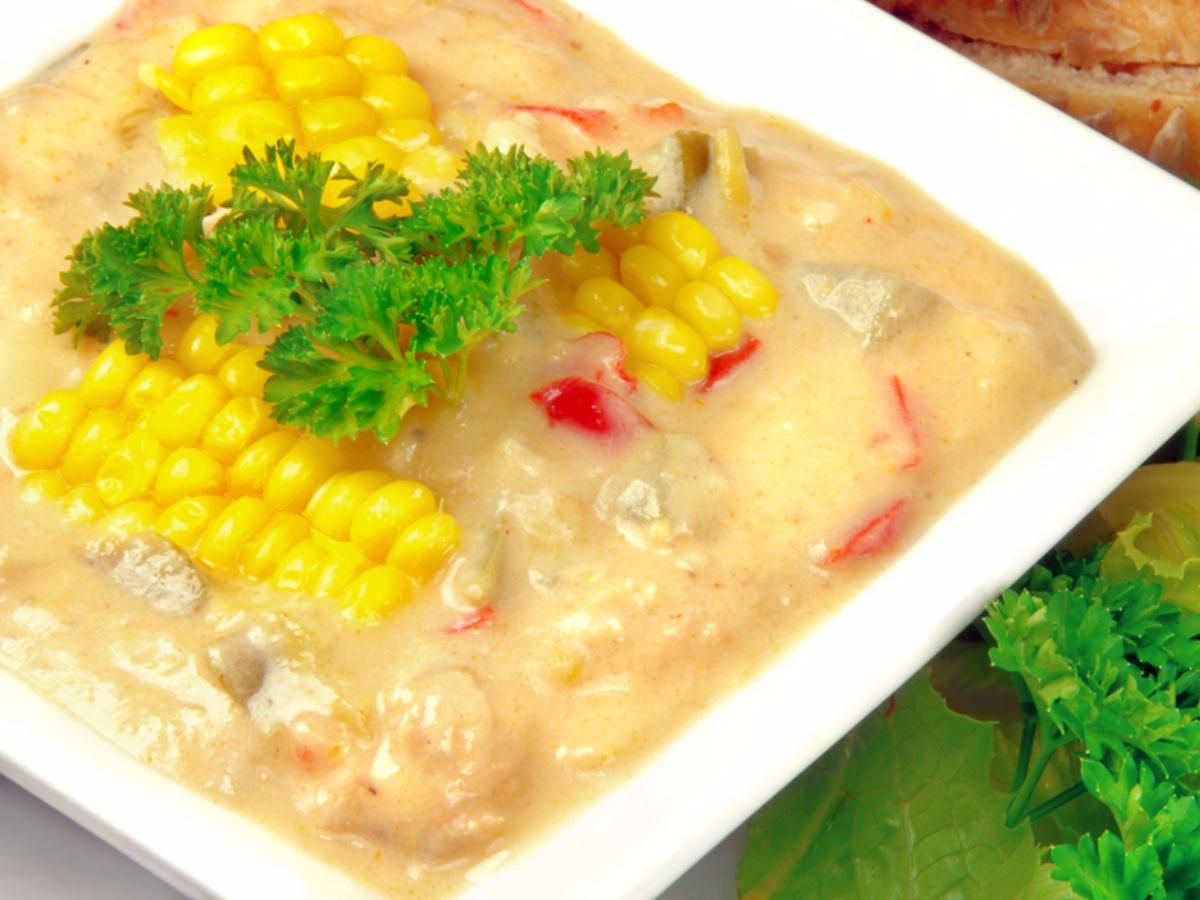 Remove husks from corn if present.

Place ears of corn into a large pot and fill with water.

Cover the pot with a lid and place on the stove over high heat.

Bring to a full boil and cook until corn is plump and juicy, about 5 to 8 minutes.

Use tongs to remove corn from the boiling water and place on a cutting board.

Chop one of the potatoes in half and carefully place into the same pot of boiling water you used to cook the corn.

Allow potato to cook until soft, about 10 to 15 minutes.

Remove and set aside when cooked.

While the potato is cooking, chop and saute the rest of the vegetables.

Heat to medium-high and saute, stirring occasionally, until vegetables have softened, about 10 minutes.

Use a knife to remove the corn kernels from all of the ears of corn.

Place half of the kernels in a blender, along with the cooked potato.

Add the coconut milk and water to the blender, and blend until completely smooth.

This may take two or three rounds of blending.

Make sure to scrape down the side of the blender as needed in between blending.

Add the remaining corn kernels to the pot with the sauteed vegetables, and pour the blended corn/potato (chowder) mixture into the pot.

Bring to a gentle boil and cook until potato has softened, about 10 to 20 minutes.

Remove from heat and taste chowder. 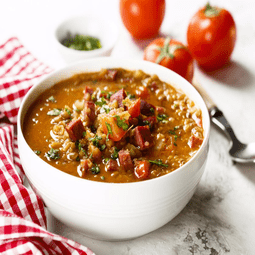 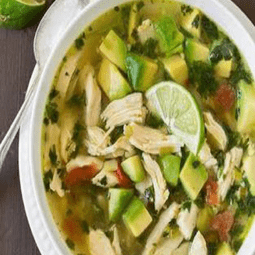 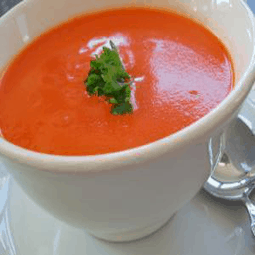 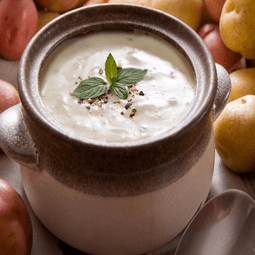 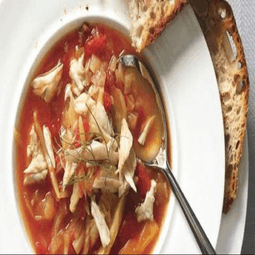